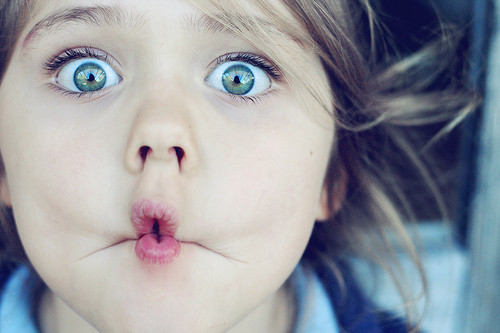 The female physiology is coming out of the closet: not only hit TV series are exposing the need for females to take a mirror and look down there, but in recent days, a Japanese female artist has been arrested for taking a picture of her genitalia and putting her 3D printer to good use. Her first piece of work, the world’s first vagina kayak, reveals an effort by the artist to display female genitalia in Japan in order to balance the constant parade of penises that Nippon society reveres and even celebrates with a dedicated date in the calendar. Brands are also taking the “insider humour” approach to portraying the coming of age of females, the early days of menstruation and having no clue how to deal with it, let alone how to use tampons. Here is a hilarious attempt to reflect those camp summers and having your period away from home, from your Mum and any loved one that would comfort you about what had just happened. “Like Santa for your Vagina”, as our camp gyno explains in despair:

Living oblivious to one’s genitals is a wondrous world: one just gets on with life with an utter visual disregard for whatever lies between one’s legs. Can this be because women lack a sense of curiosity? Not really. Our breasts grow in front of us and we just leave them there in peace, thank-you-very-much. They are enough bother to be able to run and not get them in the way of everything. It takes years to magically avoid crashing into things with your boobs. Ask any woman, if you are certain that she is not going to slap you in the face for freshness, and she’ll tell you how painful and how annoying it is to deal with protruding body parts that defy gravity.

The 10 and 11 year olds in my family are about to burst, like pomegranates. Their mothers and I observe them as they jump around the pool, all long legs and skimpy bikinis. It’s like watching over a plum tree, anticipating the sweetness of beautiful fruits that nature is kind to offer us, living things that we have no part in their creation, because I still believe that sex should be just that, and that what happens nine months later has absolutely nothing to do with anything in this world but precisely with everything that this world should be: pure, alluring, breathtaking.

The females of the world are awakening. A change is eminently arriving. We, the older ones, don’t dare guess what will happen but we nervously await with hope in our hearts.