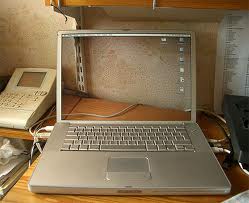 Trust is a commodity that has sub-zero value after a decade of corporate  (Enron scandal, 2002) and financial (global banking crisis, 2007-2012) deceit. Since the early 2000s the film industry has capitalised on the desire to know what’s behind the scenes by releasing “extended editions” of films on DVD, reality TV programmes showcase how celebrities live (or pretend they live) for entertainment purposes, and investigative reporting has produced mainstream documentaries delivered by the likes of Michael Moore, and most recently, Jason Russell’s Joseph Kony documentary, which made its debute online (watched over 26 million times in its first 4 days on YouTube and 12 million times on Vimeo) to fast forward to TV release due to its worldwide viral effect.

In the world of brands and consumers, companies like Ben & Jerry’s, who as 1970s eco-warriors had lived the Nixon era and its very public wall of lies, brands in the 2000s have evolved the “desire for transparency” by describing its ingredients, or the origin of its prime materials, or the fair-trade practices forced by consumers’ pressure to know the truth about what they consume, the legality of operations, and a strong sense of being in command of what they support, buy from or live next to.

Transparency is a trend that transcends traditional consumable products and reaches out to technology (Apple’s being criticised for outsourcing its manufacturing to a sweat shop in China where workers threw themselves from atop rooftops due to work pressures), banking (HSBC being caught laundering the mafia and drug cartels money in 2012), and publishing media (News Corp British scandal for illegal phone hacking). Consumers these days want companies to be transparent about their executives, their corporate culture and their business practices (specially customer services). Consumers not only demand this from third parties, but are honest enough to even live by it. In the UK, a social movement that is almost 20 years old is a clear social anomaly that is beginning to spin out societal trends within the “transparency as honesty” petri dish. The Heritage Open Days is an organisation of members that invite the public to come into their homes and have a look around.

“A joint action by the Council of Europe and the European Commission, the scheme was initiated in 1991 by the Council of Europe to raise appreciation for Europe’s rich and diverse cultural assets and their need for care and protection. The central principle was as simple as it was compelling: to throw open the doors to historic monuments and buildings, in particular those normally closed to the public. One of the key requirements was to offer free access to all properties taking part in the European Heritage Days.”